Vasectomies and Circumcisions are the focus of Dr. Crouse’s practice. He does 3000 procedures annually, making him one of the main providers of these procedures in the province of Alberta.

Dr. Crouse has been performing circumcisions and vasectomies for over 30 years. 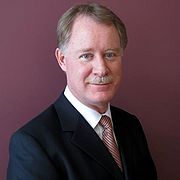 Read About Dr. Crouse’s help with circumcisions in Haiti in 2014.

Dr. Crouse worked in hospitals in South Africa until 1990. During that time spent 2 years doing obstetrical and general surgery.

He emigrated to Canada in 1991 where he continued to perform anesthesia and general surgery including
appendectomies, tubal ligations, C/sections, etc.

Dr Crouse performed his first circumcision in 1985, and started performing no-scalpel vasectomies in 2002. Currently, all the vasectomies he performs are also “no-needle” – using an air injector to administer anaesthesia to the scrotum.

You can reach Dr. Crouse and his team at Intramed Medical Centre Monday to Friday with inquiries. He will also provide his direct after-hours number to patients after surgery as required, and be available to respond to any post-procedure questions and concerns.

The main phone lines at Intramed are answered from 8am to 4pm Monday through Thursday, and from 8am until noon on Fridays – so please use the contact form to reach us outside of those hours.

Dr. Crouse has performed circumcisions since 1985, and currently performs 1000 annually, as well as 2000 vasectomies every year. Intramed Medical Centre is a leading provider of both circumcision and vasectomy in Alberta, and in Canada.

Dr. Crouse chose not use local hospitals because that could mean a long wait for you to have the procedure. By setting up his own private centre, Dr. Crouse has created a convenient situation for patients – you can have your surgery within just days or weeks of calling the office.